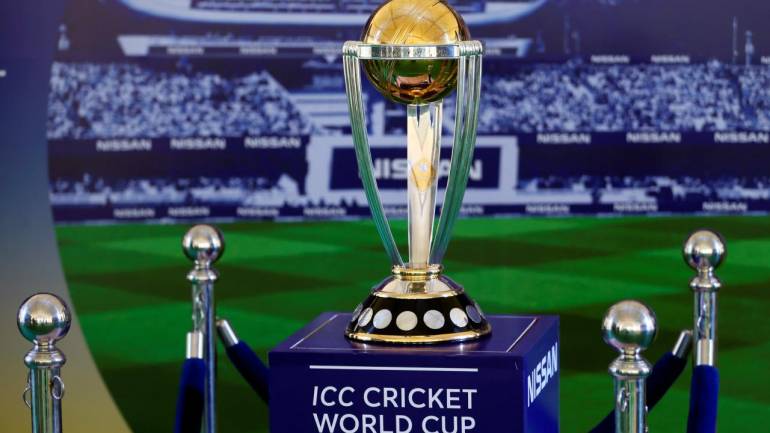 The 2019 World Cup features 10 teams, a decrease from previous World Cups in 2011 and 2015 which featured 14 teams. The hosts, England, and the top seven other teams in the ICC One Day International rankings as of 30 September 2017 earned automatic qualification, with the remaining two spots being decided by the 2018 Cricket World Cup Qualifier.

This ends the proceedings of the ICC Champions Trophy, 2017. It was an amazing tournament with top 8 teams of the world pitted against each other. It had all the twists and turns and beating all the odds, Pakistan became the newly crowned champions. India also had a good tournament but fell short at the last hurdle. They now will look to make amends in the tour of West Indies. Hope you enjoyed our coverage of this tournament. So until next time, it’s goodbye and goodnight from us. Take care! Cheers!

END_OF_DOCUMENT_TOKEN_TO_BE_REPLACED

25 years back, on this day, in 1992, Pakistan thrashed other teams and secured the tittle of “World Champion” in Melbourne. The Pakistani flag rose tallest amongst all as we made an exceptional win.

Under Captaincy of Imran Khan we beat England in ODI finale. Khan has mentioned,”The team has faced hurdles due to injury of Waqar Younus and Saeed Anwer, Javed Miandad was not well either but out spirits were higher and we did not loose hope and hence successfully won the tittle”.

Javed Miandad, despite his illness performed well, played a prominent role in this regard as he made Pakistani team won the tittle. According to Miandad, “Becoming a champion is a proud moment for us and for entire nation”

The hero of finale Waseem Akram says,”I wished to present praise worthy game and it actually happened. Those last two balls are unforgettable”.

The part of champion team, Inzamam Ul Haque also added,”I have scored more than 11 thousand runs in ODI but my fans still considered my finale’s performance a best one of my entire career”.

Winning World Cup was surely a proud moment and a memorable which will be tagged with Pakistan cricket till the rest of time. The craze and enthusiasm for cricket are higher and cannot be put in words. May the Almighty bless us with more wins like this in future.

ISLAMABAD: 25 years have passed since the 1992 cricket World Cup. This was a sporting spectacle that gave all Pakistanis joy, hope, and virtually a new life to the cricket-mad nation.

An entire generation was born after 1992 which does not even know these players—the heroes that brought the World Cup to Pakistan. Geo News celebrates the silver jubilee of Pakistan’s historic 1992 World Cup by inviting the greats of the team in a special show aired on Saturday 10:00PM.

The show was hosted by former opener Ramiz Raja and attended by the captain of the winning team, Imran Khan, and others key players from the side.

Wasim Akram, Moin Khan, Inzamamul Haq shared the inspirational journey of Pakistan’s only World Cup victory in One Day cricket besides sharing the memorable moments they had together in Australia.

The final of the 1992 the World Cup was played at the Melbourne Cricket Ground, Melbourne on 25 March in which Pakistan defeated England by 22 runs to lift their first ever World Cup trophy.

In 2009, Pakistan managed to win the T20 world cup under the captaincy of Younis Khan.

It was Pakistan’s greatest sporting victory and since then green-shirts have never been able to lift the trophy.

Ramiz started the show with a quip, telling cricketer-turned-politician Imran Khan that they were still scared of him and asking him if he had really expected to lift the World Cup trophy with such a ‘phateechar’ side.

“I have played three World Cups. In those conditions, the 1987 team was our best team, the favourites. In 1992, we lacked two match-winning players – Saeed Anwar, a match-winning opening batsman, and Waqar Younis, a match-winning bowler. There can be at most three or four match-winners in a team, and if you lose two of them, then your chances are low.”

“We were the first to reach Australia, and I think we played six matches,” said Ramiz, as Wasim added: “From what I remember, we lost all the practice matches that we played. There was one against a side of over-40-year-olds in Canberra. We even lost that game.”

Imran said the strategy behind reaching Australia well before the World Cup – 25 days in advance – was that the conditions Down Under are very different from Pakistan.

“There were so many new players in the team. Inzamam had never gone to Australia. Mushtaq had gone once. It’s difficult to both bowl and bat in Australian conditions. So we went there early to adapt to those conditions,” he said.

Ramiz said he had noticed that the current team still had the same problems of consistent batting and fielding as they had 25 years ago, to which Imran replied that if the structure of domestic cricket in Pakistan is not improved, the condition would remain the same even 25 years later.

“This is why I have pushed for a long time for regional team. If grounds are preserved and there is grass, then obviously the players would learn to dive,” he said.

As Ramiz spoke of a special bond between Imran and Wasim as fast-bowlers, Wasim shared how Imran cared about his diet and would stop him from eating burgers.

Imran Khan, Ramiz Raja, Moin Khan, Mushtaq Ahmed, Inzamam-ul-Haq, Wasim Akram, and Wasim Haider shared these and many other memorable moments from the 1992 World Cup in the informal conversation on Geo News.

Near the end of the show, the former greats celebrated the silver jubilee by cutting a cake specially arranged by Geo News.